Archdaily_ The first phase in the development of Heatherick Studio's 1,000 Trees project in Shanghai was recently inaugurated, showcasing the finished mountain-like structure. The design gives prominence to the structural columns, each topped by a large planter featuring a tree, which becomes the project's main feature. Balancing the requirements for a dense development with the search for a human scale, Heatherick Studio chose to approach the project as "a visual extension" of the neighbouring park, proposing a new topography defined by its integrated greenery.

Developer Tian An commissioned the studio to design a mixed-use development on a six-hectare site in Suzhou Creek, next to the M50 art district, a plot neighbouring the river to the north and a small park to the east. Bordered by imposing residential towers, the site incorporating several historic buildings is split in two by a strip of government land. The site's conditions were translated into two distinct structures that aim to break away with the imposing mass of the neighbouring developments. The historic buildings will be integrated as focal points within the new scheme.

The project is based on a rotated nine-metre grid, allowing for riverside views and breaking down the structure's scale. The orthogonal grid of structural columns becomes the defining feature of the design, providing the opportunity to integrate extensive planting within the development. Each pillar is topped by a planter, the structure featuring more than 70 different tree and plant species. The locally-sourced mix of evergreen, fruit and flowering trees, combined with shrubs and hanging plants, allows the project's appearance to change with the seasons. As stated by the design team, the plating strategy "delivers a significant net biodiversity gain on the site and helps to create its own micro-climate that will cool the environment".

The resulting cluster of volumes with varying heights contains a mix of office spaces, shops, cafes, a school, hotel rooms and art galleries. Given its vicinity to the M50 district, the southern facade of the building was transformed into a canvas for street art, where 16 local and international artists were commissioned to create murals for the new development. French street artist Paul Dezio curated this part of the project. The artists also created 40-metre-high murals in the elevator shafts, visible through the glass cars.

Eight years in the making, the project's first phase opened with a lighting ceremony on December 22, and a press conference with Heatheriwck Studio took place on January 12. The second phase of the development is currently under construction and is scheduled for opening in two years. 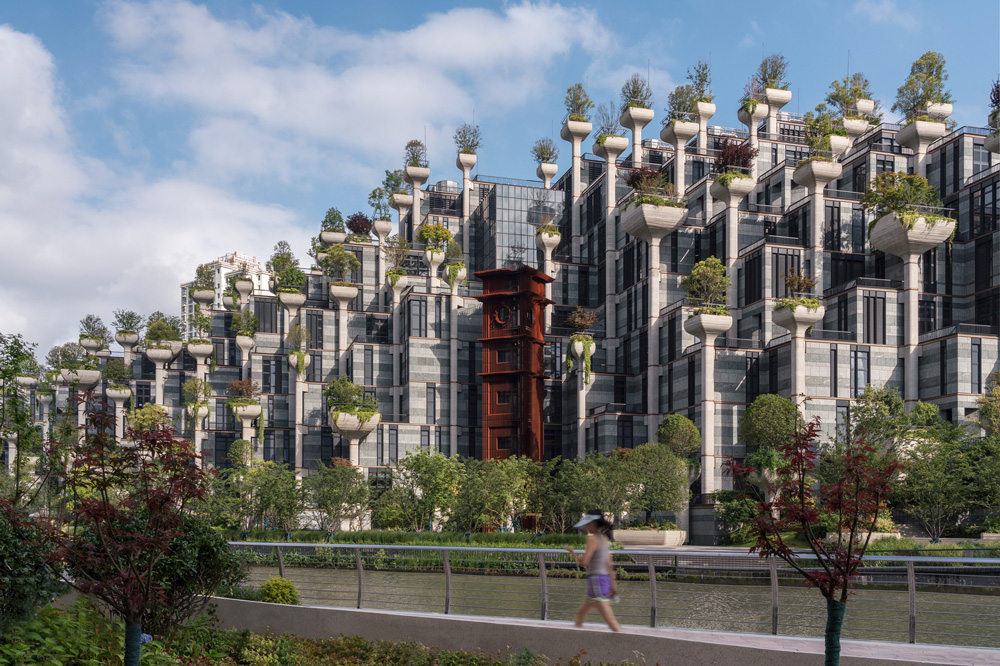 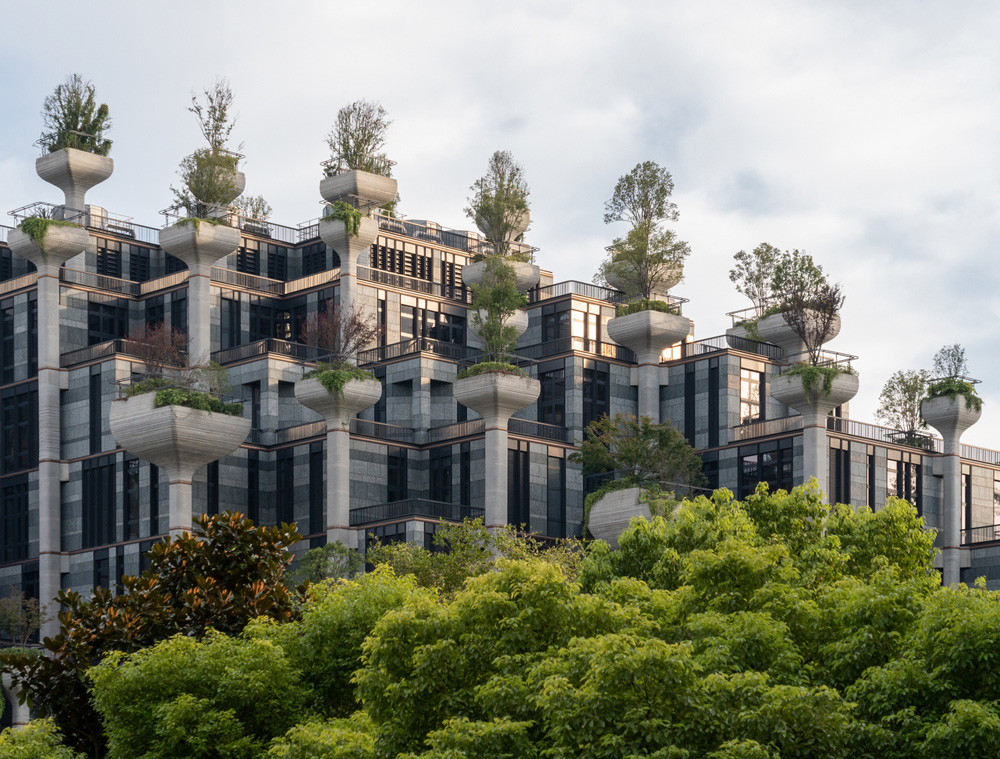 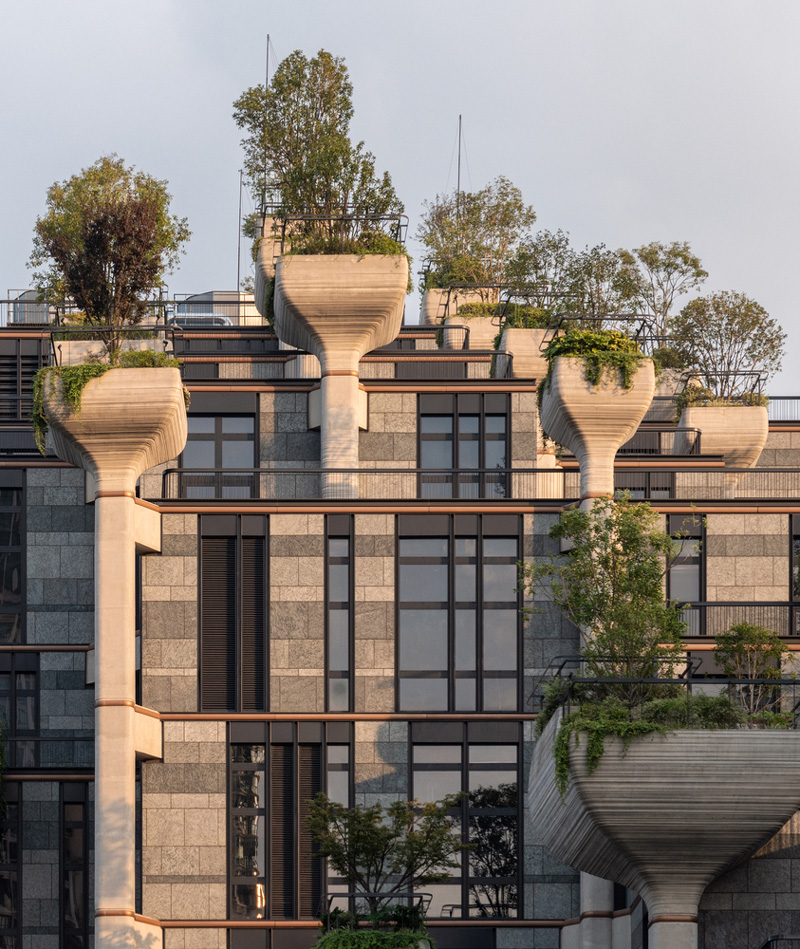 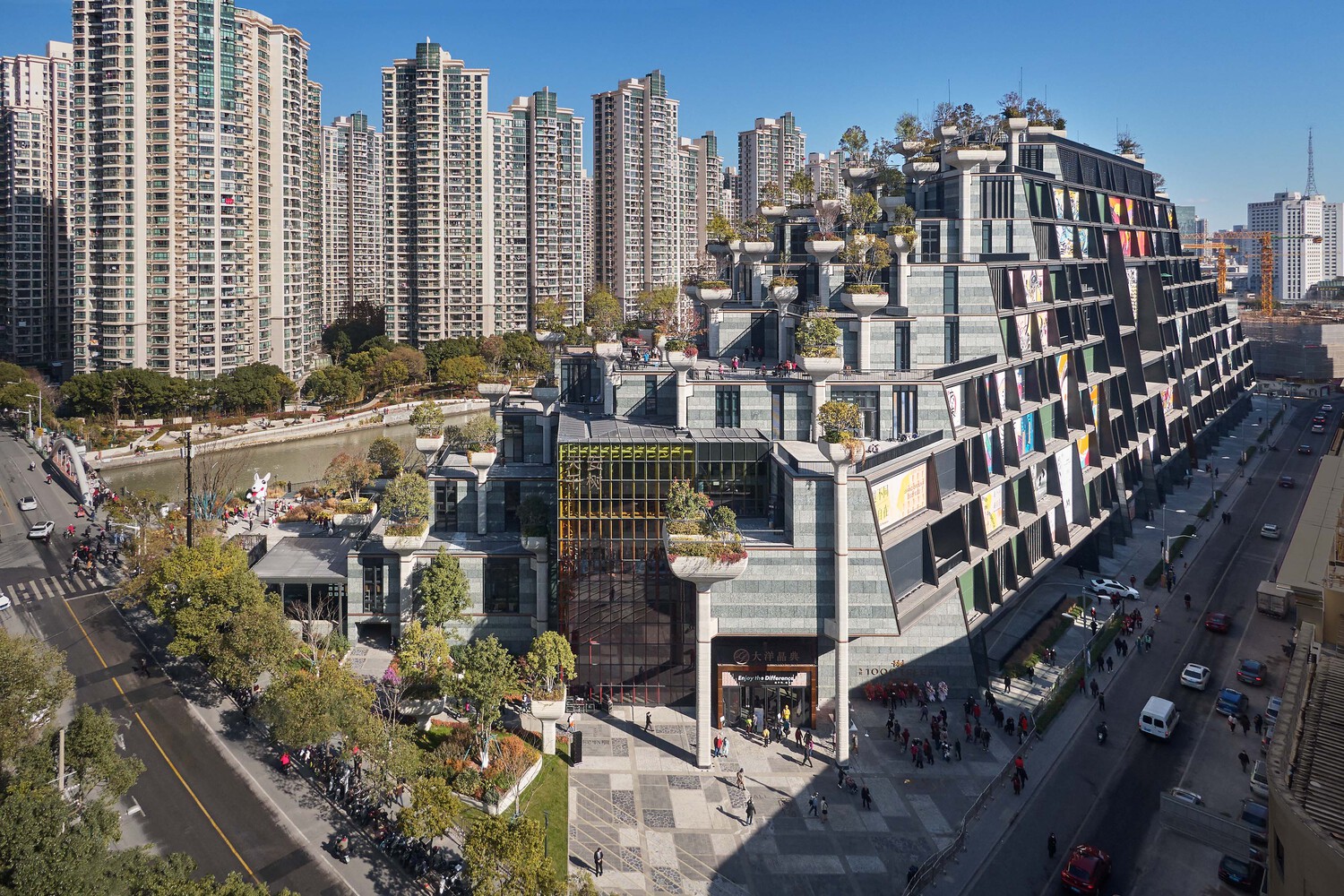 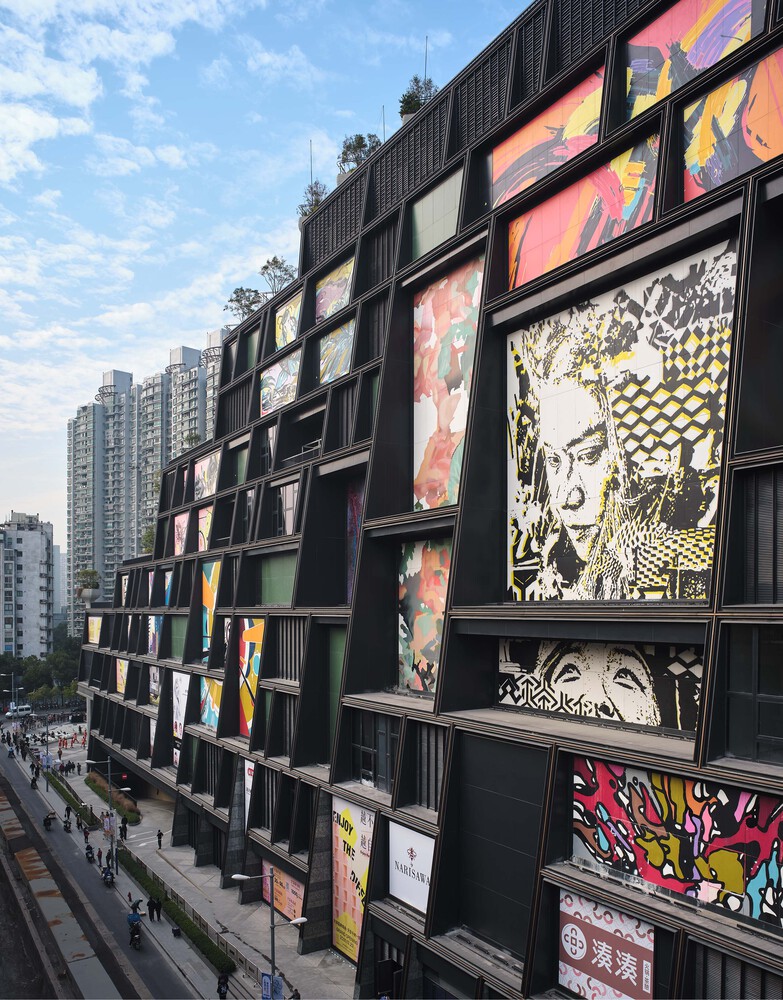 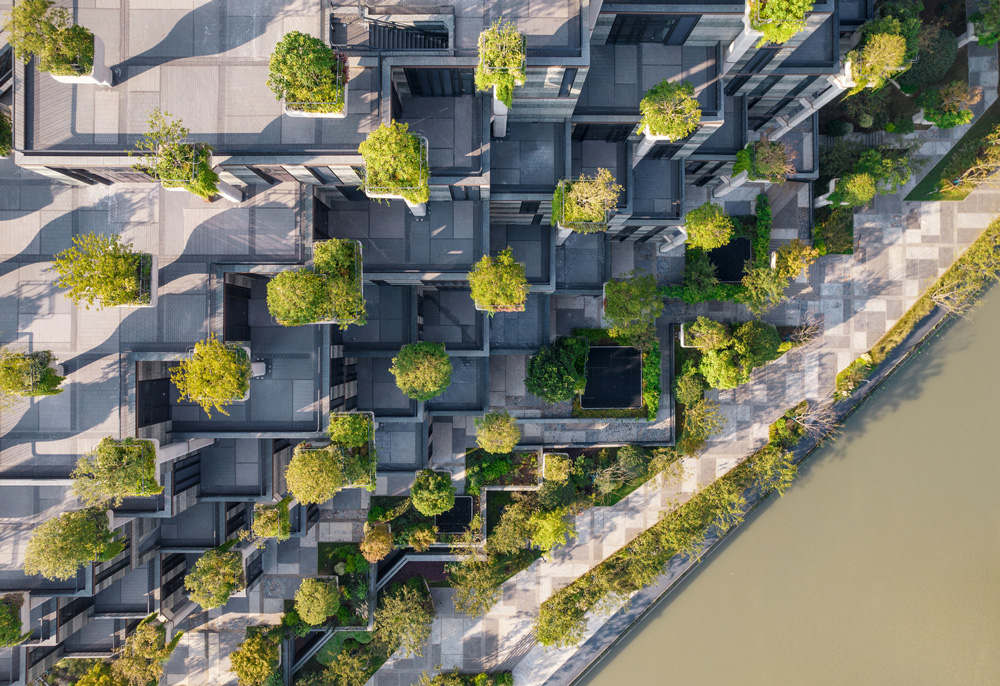 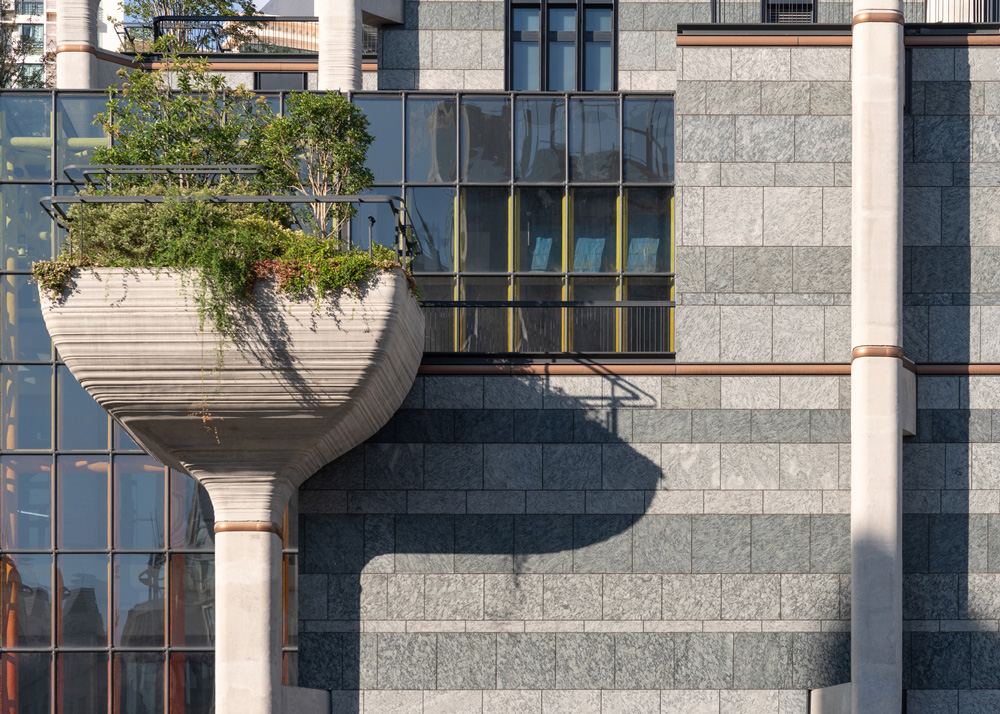 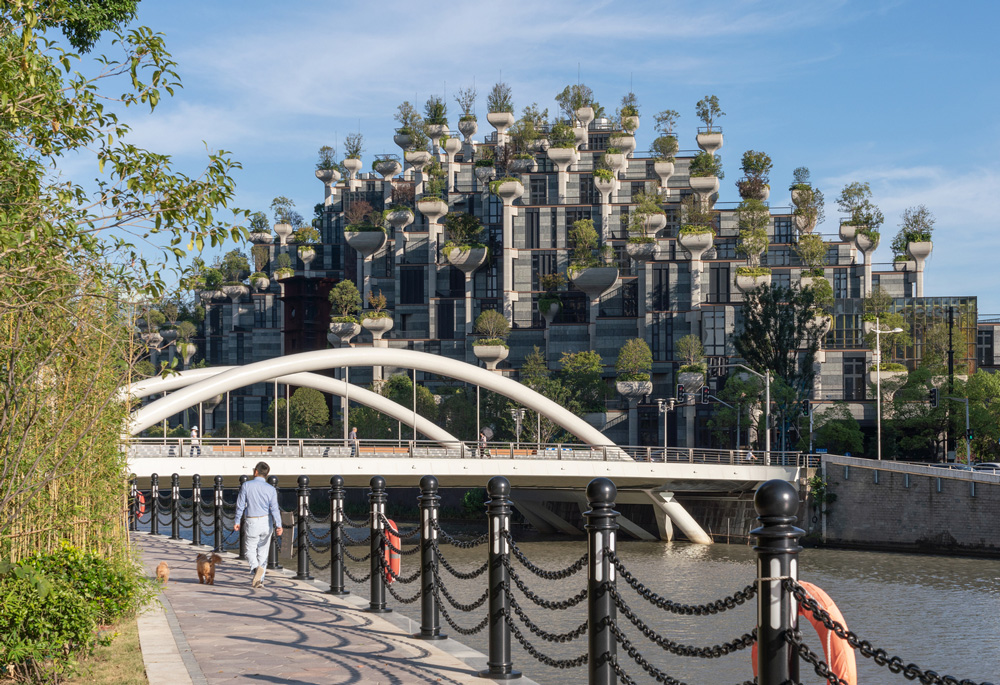 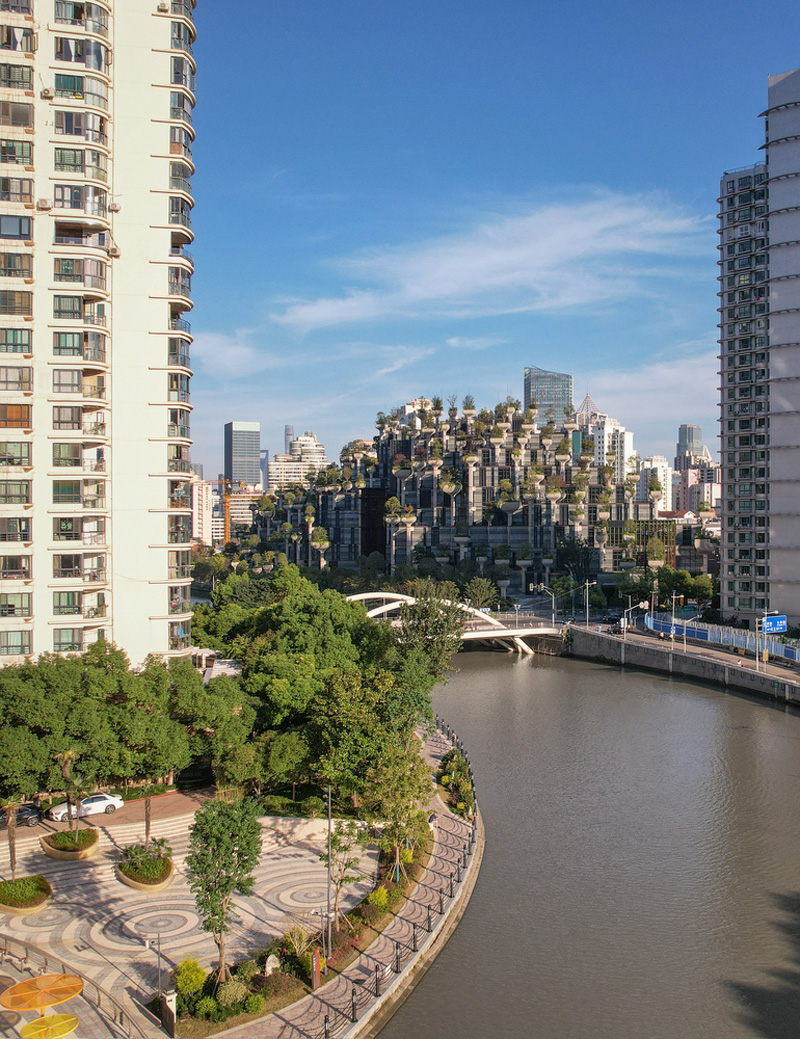 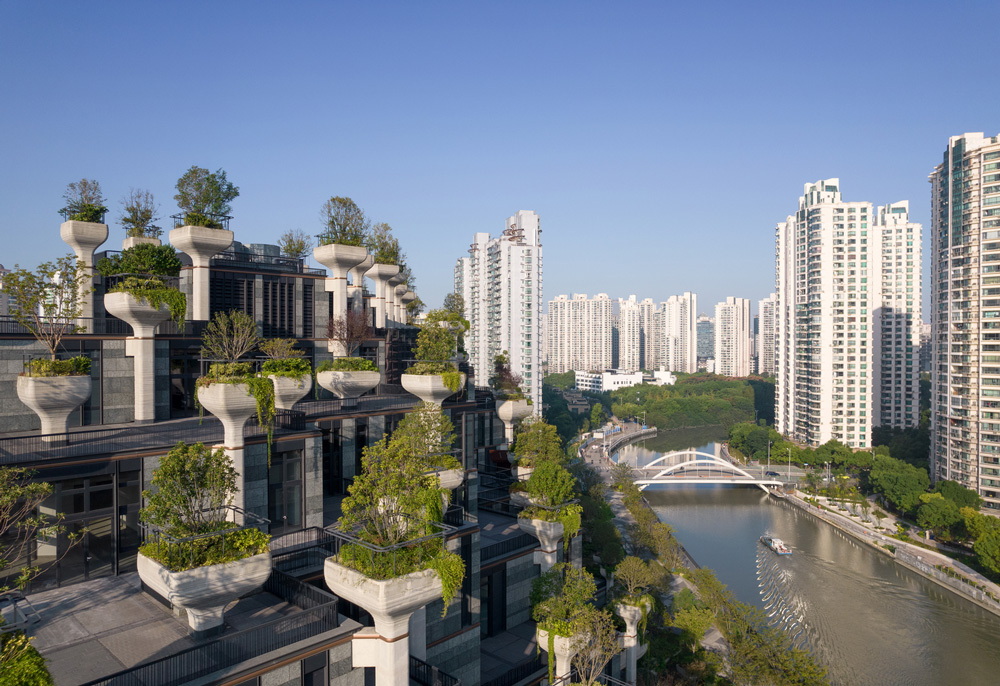 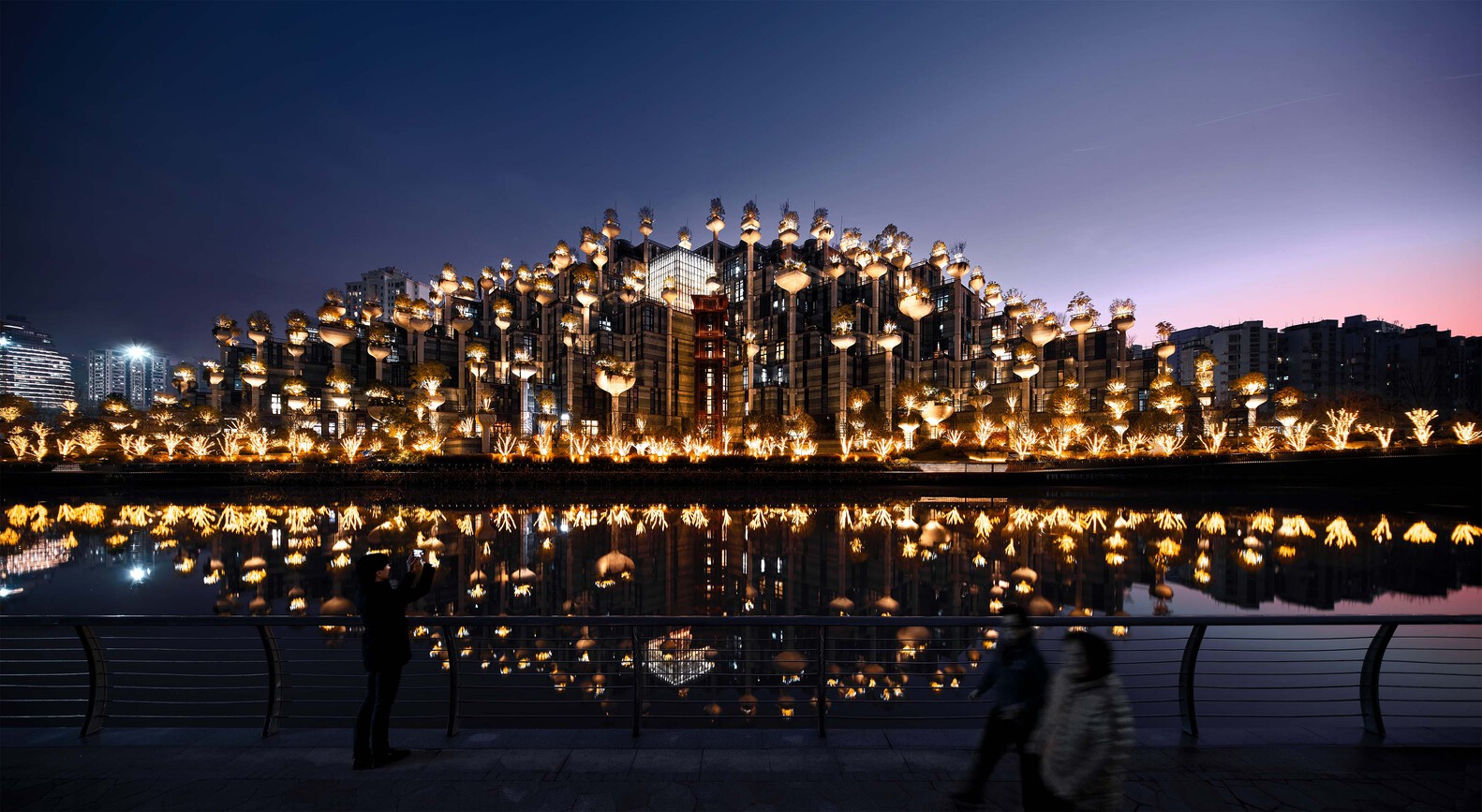 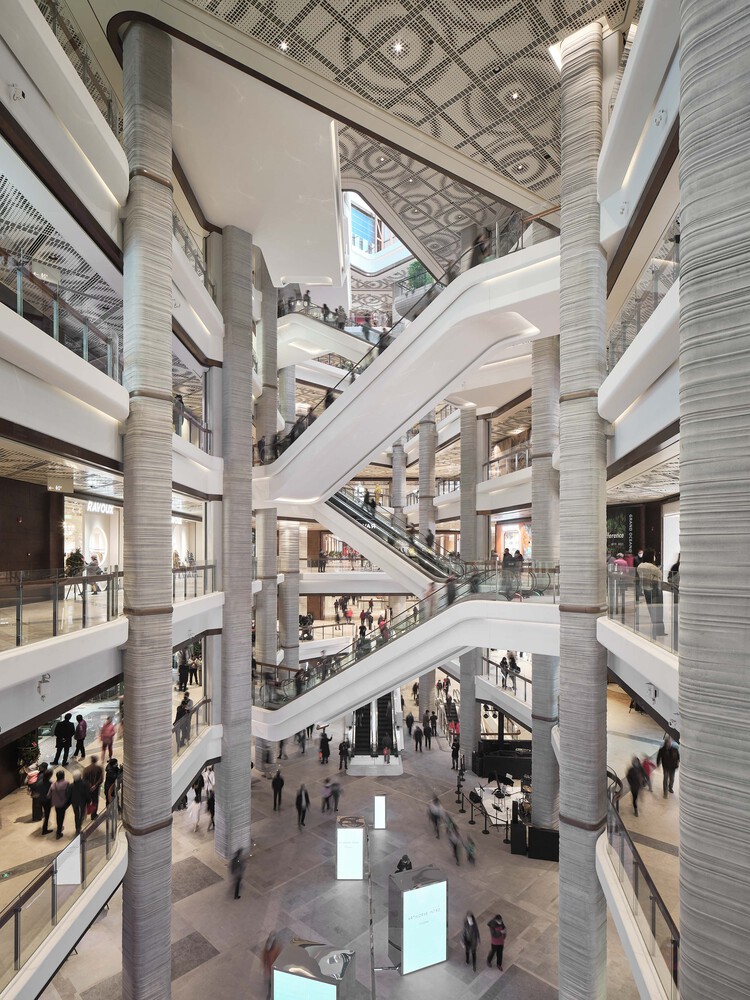